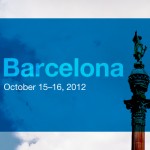 The first day of Citrix Summit is past as I write this summary.

For me the Summit started with Learning Lab session SUM602W, which guided me very well through all the steps to take with CloudPlatform to build my own highly scalable and reliable Amazon-style cloud. With the step-by-step guide I quite quickly had my own CloudPlatform up and running and was checking out the different options it offers you to set up templates, customers, zones and business models. I would love to be able to design and build an use-case with CloudPlatform. Especially when the next release is out and support for XenServer’s workload balancer is implemented as well, integrating with the XenServer 6.1 engine and API, and the additional NetScaler integration they have planned to allow predefined load balancing rules and even allow the NetScaler to dynamically add extra VM instances to the pool to increase capacity for webservers (based upon the CloudPlatform integration) and also ensure those same webservers are added to the existing NetScaler load balancing rules to actively use those newly created VM to spread the additional web requests to the newly available capacity.

How’s that for some nice features to be seen in CloudPlatform and NetScaler future editions!

After my lab I planned a quick trip to the hotel to drop off my backpack and settle for the lighter shoulderbag version for the remaining sessions. Unfortunately that took a little more time than planned, so I entered the next session (SUM201) a bit late and did not have the best seat in the back of the room. So I did not get all the news on the ShareFile features. I did understand that the On-premises feature of ShareFile is not currently integrated with Citrix Receiver, an update to support it is scheduled for later this quarter. The demo did not answer all my questions, so I still need to do some more reading on the requirements that were mentioned as one did mention the need for a public addressable internet address. Which to me seems as a little odd requirement for an exclusive on-premises implementation. So I’ll try to get some more details on that requirement at the demo pods this week.

After ShareFile, I went to SUM239 to check out the latest news on RemotePC. A very clear and understandable session on how RemotePC is part of the FlexCast model as the Physical solution. If you want to try out RemotePC, you might just want to download the XenDesktop express (with Feature Pack 1) version, which gives you the latest (FP1) VDA with RemotePC support.

And the day was closed with a Summit Welcome Address. During that session Mark Templeton took the stage as well to tell us the story of the Why, How and What. (see the video of Simon Synek’s presentation at TED.
You can watch Mark Templeton’s presentation during the Plenary session on youtube: here

I did attend the Partner Appreciation party as well, meeting with alot of dutch (DUCUG) community members while enjoying tapas, drinks and some great conversations.

A good start of this years event, with alot more to come…